Why RS-Ruby is the top LiDAR in advanced autonomous driving perception, positioning and mapping？

As moving into a higher autonomy, autonomous driving is divided into two types of routes: Level 3 passenger cars, and Level 4 and Level 5 MAAS (Mobility as a Service) applications, which meet greater technical challenges than low-speed applications. For LiDAR challenges, we identified three attributes that are critical for high-level autonomous applications: ultra-wide field of view, long-range ability, and high resolution for object detection.

For meeting the harsh requirements of high-level autonomous driving, RoboSense began to research for the high-performance long-range and wide-view LiDAR. RoboSense RS-Ruby, a new generation and unparalleled 128 laser beam LiDAR for L4 and L5 autonomous driving, is excellent on all fronts, reaching industry-leading pixel-level 0.1° angular resolution, the best-in-class ranging performance of 200m for a 10% reflectivity target, with a super-wide field of view, which achieves unprecedented safety and reliability at affordable prices for our customers.

The RS-Ruby not only meets the requirement of working under -30°C, but also achieves breakthrough in operating in all-weather conditions, resilient to interference from other LiDAR sensors and various ambient light.

In this post, we’re going to deeper explain each of these key features on why RS-Ruby is the top-tier LiDAR on perception, localization, and mapping for high-level Autonomous Driving.

Thanks to the unique optical design, RS-Ruby's vertical resolution breaks the limit, ensuring more than 100 scanning beams with 0.1 ° vertical spacing free from inter-interference or distortion.

Our special processing technology makes sure that the laser beam divergence angle is small enough so that the energy central areas of two adjacent laser spots at distance of 200m are non-overlapped, therefore ensuring accurate detection of obstacles.

What is more, when the vehicle has heavy objects in the front or rear seats or is driving on a bumpy road, the vehicle body will inevitably tilt, resulting in the tilt of LiDAR’s scanning direction and deviation of high-resolution scanning areas.

More than 100 channels with 0.1 ° resolution in the middle of RS-Ruby

To solve the problem, the RS-Ruby is accurately designed with more than 100 lasers with the vertical resolution of 0.1 ° in the central scanning area of -6.39 ° to + 3.81 ° (within the vertical FoV), which ensures that the front perception is not affected by the vehicle’s tilt angle under 3 °.

Combined with the ranging performance of 200m for a 10% reflectivity target, the RS-Ruby is capable of obstacle perception from a long distance of 200 meters. Meanwhile, RS-Ruby has achieved a perfect balance between the consistency and distinction of reflectivity calculation, further facilitating accurate road sign extraction and localization.

For multi-beam LiDAR, it is meaningless to assess the ranging ability without considering the vertical resolution. For example, when the two adjacent lasers from a LiDAR (a vertical resolution of 0.33 ° and a ranging capability of 200m, 10%) scan to the same target at a distance of 150m, the vertical distance is greater than 0.86m. It only allows up to two lasers to scan for a passenger car’s rear, or even only one (due to the block of the rear windshield). It is difficult to do classify obstacles effectively in this case. LiDAR provides environmental perception for autonomous driving, while the AI perception algorithm requires "long-distance imaging" rather than "long-distance measurement". 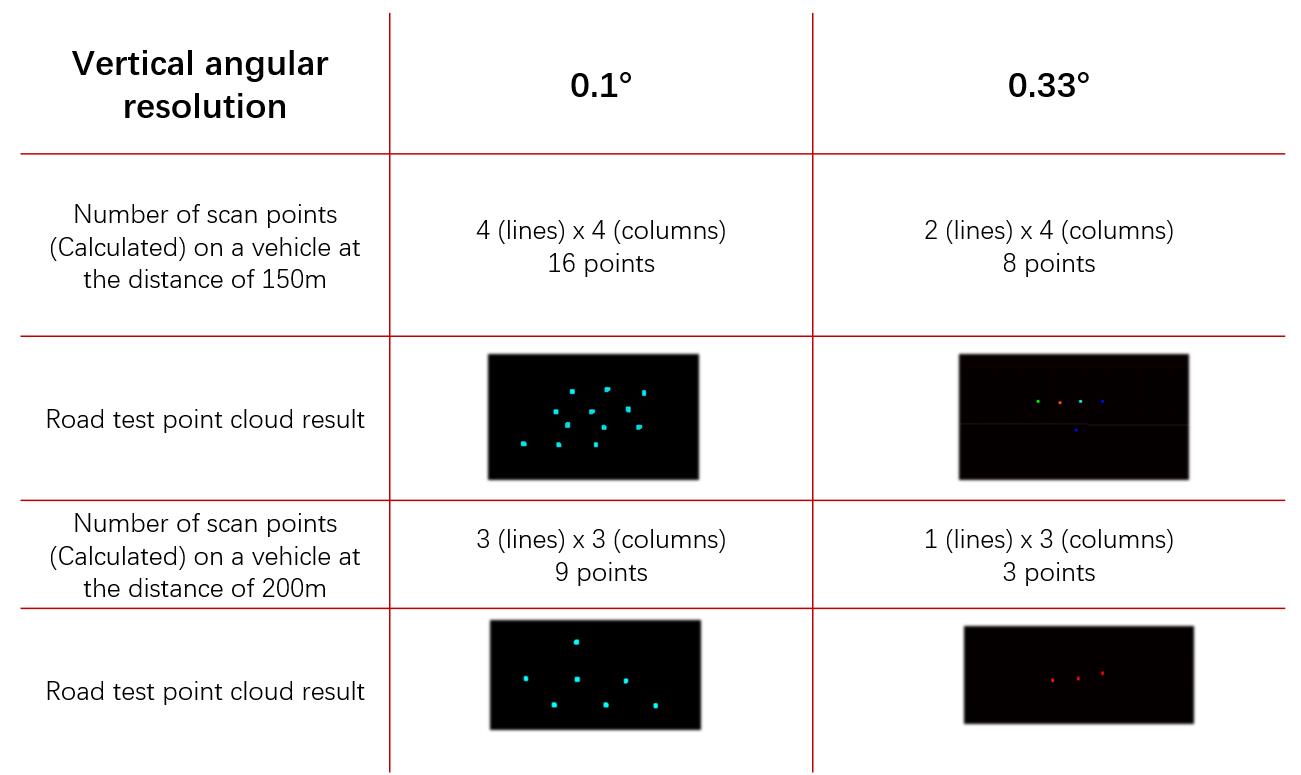 With a vertical resolution of 0.1 °, combined with the ranging ability of 200m 10%, the RS-Ruby releases the full perception ability at 200m. 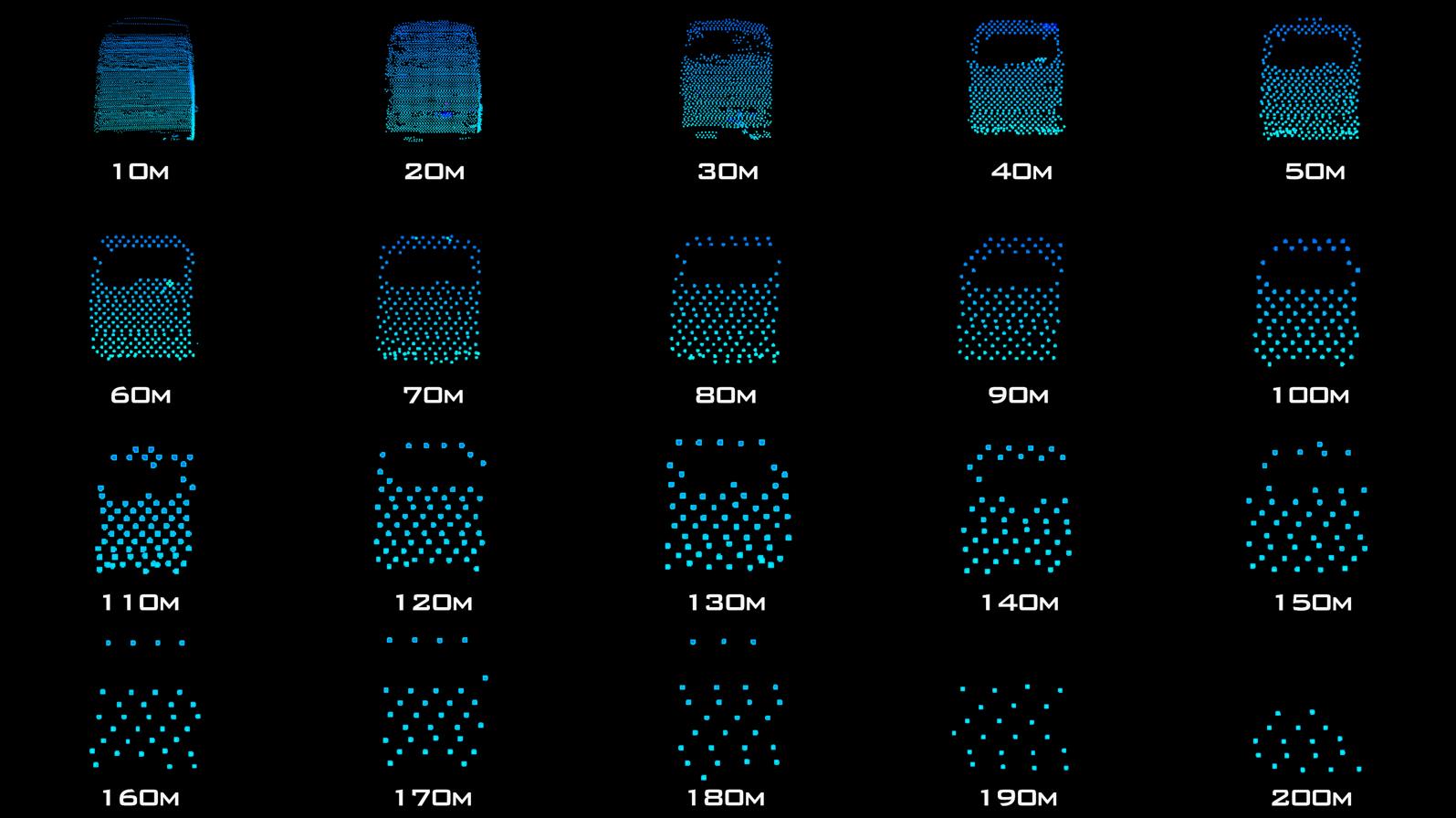  The Reflectivity Information To Recognize "Material And Color”

The reflectivity information collected by the LiDAR is widely used in road sign detection and positioning. These two functions also require exceptional consistency and distinction in target reflectivity recognition.

In order to showcase the best visual effect on a wall, most LiDAR sensors post-process the reflectivity information for consistency. However, it sacrifices the distinction of objects with different reflectivity, reducing the recognition ability. 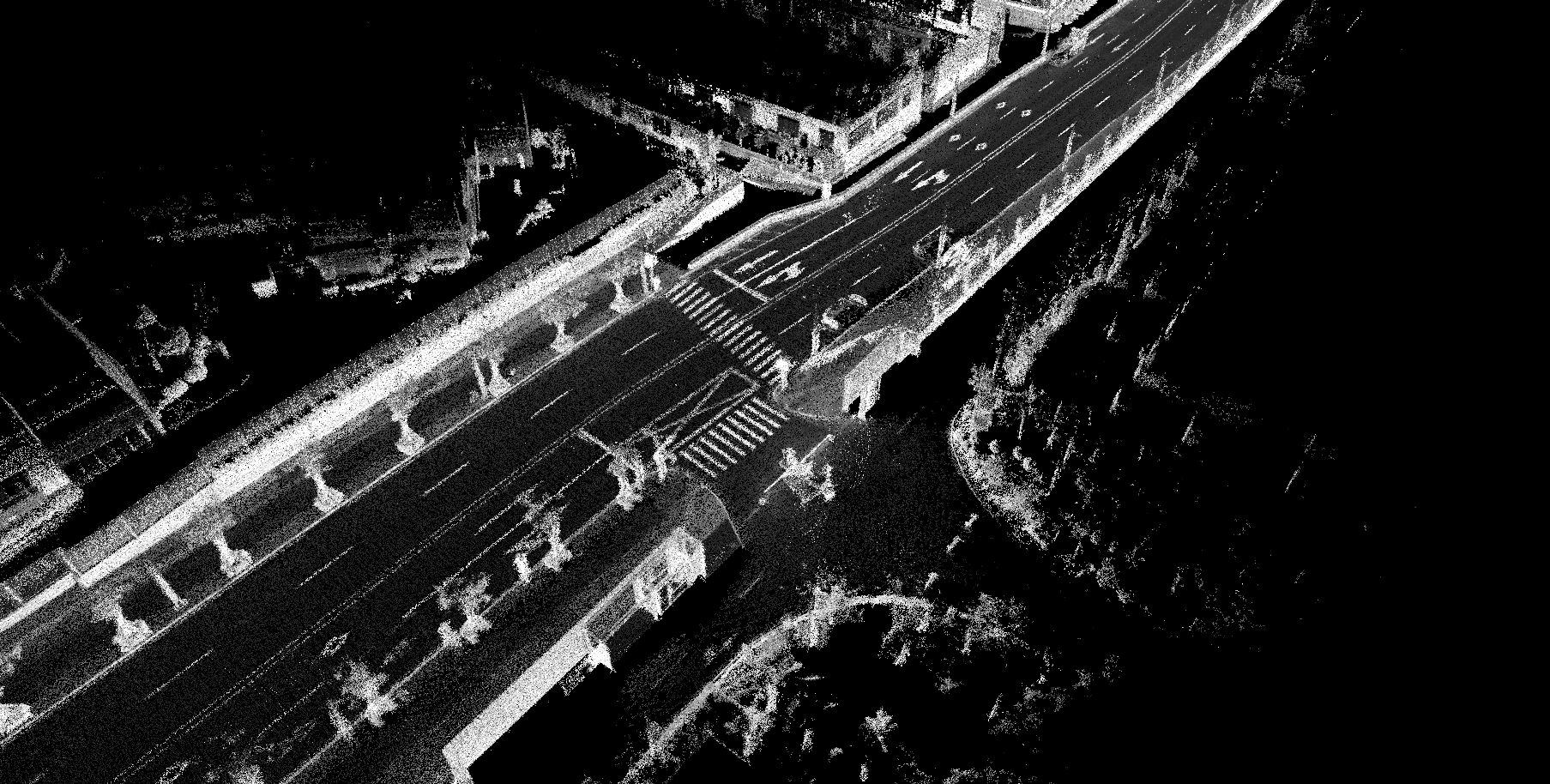 With the accumulation of technology in hardware and signal processing, the consistency of the RS-Ruby has been greatly improved, outputting accurate and reliable reflectivity information to reach the perfect balance of consistency and distinction.

From RS-Ruby measured point cloud, the birds on the wall are clearly visible

 Resilient To Interference From Other LiDAR & Ambient Light

RS-Ruby is resilient to interference from multiple nearby LiDAR sensor using special laser encryption technology to filter out the interference signals. Meanwhile, it is not affected by the ambient light.

RS-Ruby has been applied and tested in many global customers' autonomous vehicles and been validated for high performance and reliability.